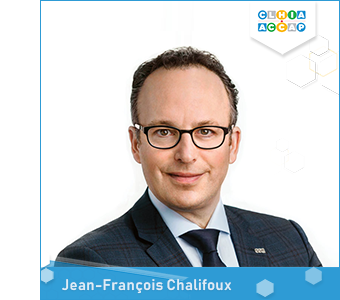 Founded in 1944, SSQ Insurance is now one of the largest insurance companies in Canada, with $13 billion in assets under management.

Jean-François holds a bachelor's degree in actuarial sciences from Laval University, is a Fellow of both the Canadian Institute of Actuaries and the Casualty Actuarial Society, and is a graduate of the Queen’s Executive Development Program. Prior to joining SSQ Insurance in 2015, he held several executive roles with major Canadian insurance companies.